The AT&T E-Waste Settlement: What It Means for Today’s Big Businesses 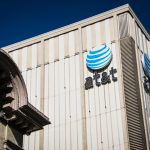 Ever since the new laws and regulations for e-waste disposal were initiated, there has been little in the news concerning perpetrators of those laws. But in November, that all changed as AT&T became the first major business to face stiff penalties as a result of the company’s illegal disposal of hazardous e-waste materials. After a nine-year investigation, the telecommunications giant had to pay out $52 million to the state of California. According to records, AT&T manages 235 warehouses and dispatch facilities throughout California. The investigation uncovered unlawful disposal of e-waste […]