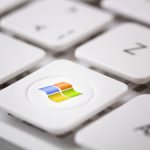 It’s hard to believe it, but as of April 8th, 2015, it will have been one full year since Microsoft officially announced Windows XP’s EOL. And, as we have seen over the past year, companies that have been slow in upgrading to Microsoft’s newer and more secure operating systems have become prime targets for cyber thieves. So, with the one year anniversary of Windows XP’s retirement looming, we thought we’d take a look back at the past year to see the overwhelming effect the event had on businesses. Windows XP […] 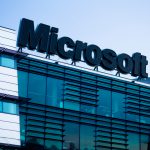 Back in July, we featured a post commenting on the Windows XP end-of-life date and the potential problems corporations were set to face should they choose not to upgrade their operating systems. Now, seven months past XP’s end-of-life date, companies that have yet to upgrade are discovering the truth behind all the warnings. Here’s an update. Home Depot and Target Security Breaches Could Have Been Avoided Retailers have a responsibility to protect their customers’ financial information, but recently, both Home Depot and Target were victims of costly security breaches in […]

It was just a short four months ago that we reported on Windows XP no longer being supported by Microsoft and since the Windows XP end-of-life date, the aftereffects have reached far and wide. In fact, how the global computing community reacted to the operating system no longer being supported can even be surprising. Here are some of the most interesting stories we’ve discovered. Large Corporations are Paying Microsoft for Extended Windows XP Support Despite Microsoft warning organizations well in advance of the end-of-life date for Windows XP, there are […]

Life After April 8th: What Does Windows XP’s Retirement Mean to You? 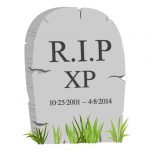 All good things must come to an end. While Windows XP might not be viewed in retrospect as being a particularly “good” operating system, there is no mistaking its dominance in the market. After all, Microsoft’s XP operating system was released twelve years ago and it remains one of the most widely used systems today. In terms of OS lifecycles, that length of time is unheard of; making Windows XP the granddad of operating systems. But, that’s all due to change on April 8th as that date is officially when […]